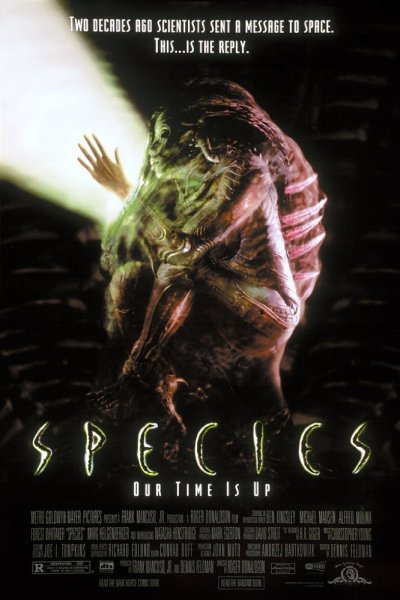 A group of scientists try to track down and trap a killer alien seductress before she successfully mates with a human.

“This movie has an interesting twist – the main character is not the heroine of the film, which is a nice change of pace. Sil (played by Natasha Henstridge) is created in a lab after scientists receive messages from an alien species. After they realize Sil is dangerous, they try to kill her, but of course she escapes. Sil is on Earth to breed so her species can populate the…