Today on my blog, I’m hosting a piece by Brent Abell in support of his blog tour about his new novel, The Calling. Here he’ll talk about what he calls his ‘writing bucket list’. We all know what a bucket list is. But when you’re a writer, everything revolves around your work, even the things you wish to achieve before you kick the bucket.

I’m sure everybody out there has a bucket list. You know, the list of all the things you want to do before you die. Some people want to skydive. Some want to travel to new exciting tropical locations. Others want to go off and spend their kid’s inheritance on a week-long shopping bender.

Yeah, all of that sounds fun, but I’d rather finish off my writing bucket list.

When I started out, I sat down and thought long and hard about I wanted to accomplish with my writing. I had certain goals and other projects I wanted to complete before I bought the farm and took a dirt nap. So, here is my list. Overall, I haven’t done too badly and I hope to wrap some more up real soon.

I’ve met a lot of people and shared a lot of laughs on this journey. Writing has been fulfilling as both an escape and as an outlet to let the demons free. I count myself lucky to have readers enjoy my work and I hope the items on the bucket list, as I check them off, will give them new ways to enjoy the dark trips into my brain.

Read below for information about Brent Abell’s new novel, The Calling and to find out a little about Brent himself. Carl Volker has a problem. After waking one morning with a hangover to find his wife gone, he notices a crow stalking around his yard.  As days go by with no word from his wife, more and more crows gather.

Frank Hill is sheriff in the seemingly pleasant town of White Creek. Up until recently, his job has been fairly mundane but after a recent spree of murders, bodies are beginning to pile up and Frank has no clue as to who the killer may be.

White Creek has kept its secrets hidden well over the years but the sins of its past are coming to light; the town harbors an evil and the bindings that keep it in check are beginning to unravel.

As Frank and Carl’s friendship is tested and their destinies are revealed, the dead accumulate while the crows watch and The Calling begins! 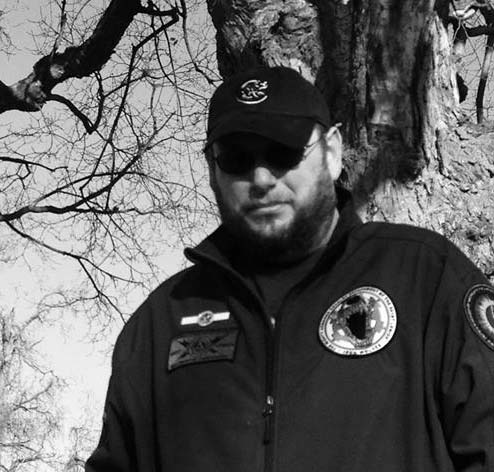 Brent Abell lives in Southern Indiana with his wife, sons, and a pug who sits around eating the souls of wayward people. His stories have been featured in over 30 publications from multiple presses. His work includes his novella In Memoriam, collection Wicked Tales for Wicked People, and novel Southern Devils; which are available now. He also co-authored the horror-comedy Hellmouth series. Currently, he is working on the second book in the Southern Devils series and the next book with Frank Hill in the White Creek Saga.

3 thoughts on “A Kick in the Bucket List – Brent Abell”